While it’s not a difficult question, it is direct and it demands an honest answer.

Our 4th of July turned out to be one that will definitely be memorable, but not in the way we had originally envisioned.

It started out a beautiful day 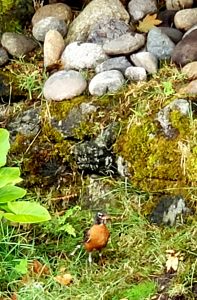 Thursday the 4th was a gorgeous sunny day with a light breeze coming off the water.  We enjoyed a relaxing morning with lots of couple time, coffee, reading and watching the Robin’s feed their young in the evergreen tree right off our back porch.

Yes, that is a beak loaded with yummy worms!

We were looking forward to attending our first 4th of July Potluck that the community hosts every year.  It’s a gathering of neighbors and family at the private beach on the property.  We were really excited to be able to meet many of our new neighbors -being that we had just moved in a month prior.

Around 3:30pm, we walked the short distance down to the beach area. We enjoyed conversations for about an hour up to the prompt to get in line to start dinner.  Since we were standing close to the entrance of the food cabana, we hopped in line as we were both pretty hungry!

Everyone was relaxed, smiling, and having a really good time.

In an instant everything changed

Mustard and onions loaded onto my veggie dog, I was making my move towards the salads, when all of a sudden there was a very large bang. Through the opening in the cabana I could see a mid-size car had just jumped over a railroad tie and was moving towards us in the cabana. 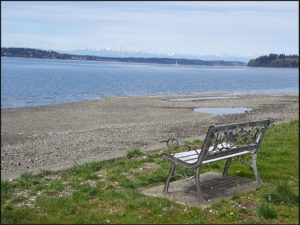 I saw a man in front of the vehicle with his hand extended and I realized he was trying to stop himself from going over the wall into the water and not get run over. Fortunately the car came to a stop as everything was happening so quickly. Screams were filling the air and it was incredibly unsettling.

Rob was standing across the table from me and he didn’t have a view of what was going on. He looked at me with a startled and questioning look as I told him to hurry up and get outside to see if he could help.  The driver lost control of the car and unfortunately hit the gas instead of the brakes.

A four year old girl was partially trapped under the car.  The man that had been trying to stop the car had pulled her out and was now holding her in the safety of his arms.  He was trying to comfort her and you could then see that one side of her was filled with abrasions.

We then heard someone yell, “Where is the other child?”  Someone quickly scanned under the vehicle and saw that the 2 year old boy was pinned under it. 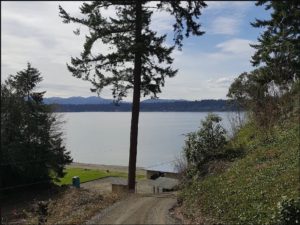 One of our neighbors, a seventy year old man and a former Marine, loudly yelled, “We need help, we’ve got to get the kid out” and he gave direction to the group of men and one woman who positioned themselves to then lift the car. One of those men was 56 year old Coach Rob.

In just a few moments the 3,000+ pound car was lifted onto its side and someone retrieved the boy from under the car as numerous people yelled, “Call 911”.

Fortunately there was both a nurse and physicians assistant on site -residents of the community -who took charge to assess and render first aid to the children. The EMT, Fire Department, and Sheriff arrived quickly and we were all detained for a few hours while they did their investigation.

It was declared a horrible accident

The children were both airlifted to Mary Bridge Children’s Hospital  in Tacoma . The young boy is still in critical condition in ICU while the young girl is now in stable condition and a prayer chain is growing by the day for their recovery.

Seeing the car lifted into the air is a memory that will last forever and everyone who was there were witness to a miracle.  The bravery of everyone who stepped up to help the children and their family is a beautiful reminder that angels walk amongst us every day. 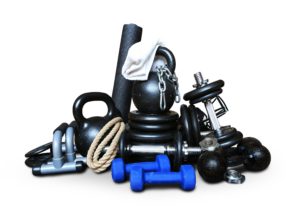 There are so many reason why taking care of your physical health as you age is so important.

According to Robert Glatter, MD. “It turns out the the average 30-35 year old person will experience roughly a 25 percent decline in his or her muscle strength and tone by the age of 70-75, and up to a 50 percent decline approaching the age of 90.  Simply doing aerobic exercise such as walking or light treadmill workouts will not be adequate to preserve muscle tone, bone health, balance and posture. If you are not engaging in strength or resistance training, the chances are high that you will lose strength and become less functional as you age.”

Strength training can be done in a relatively short period of time per session and provide significant benefit. And who doesn’t have 15 to 20 minutes, 2 times a week to take care of their future self?

This post isn’t to make you feel bad if you aren’t working out, not at all, in fact we hope that it may inspire you to take action.

Not only for your independence and longevity, but as we saw on July 4th, you may never know when you may be called upon to take action and if you are, we hope that you’ll be ready to do so!

To your health and wellness,

2 thoughts on “When called to action will you be ready to serve?”